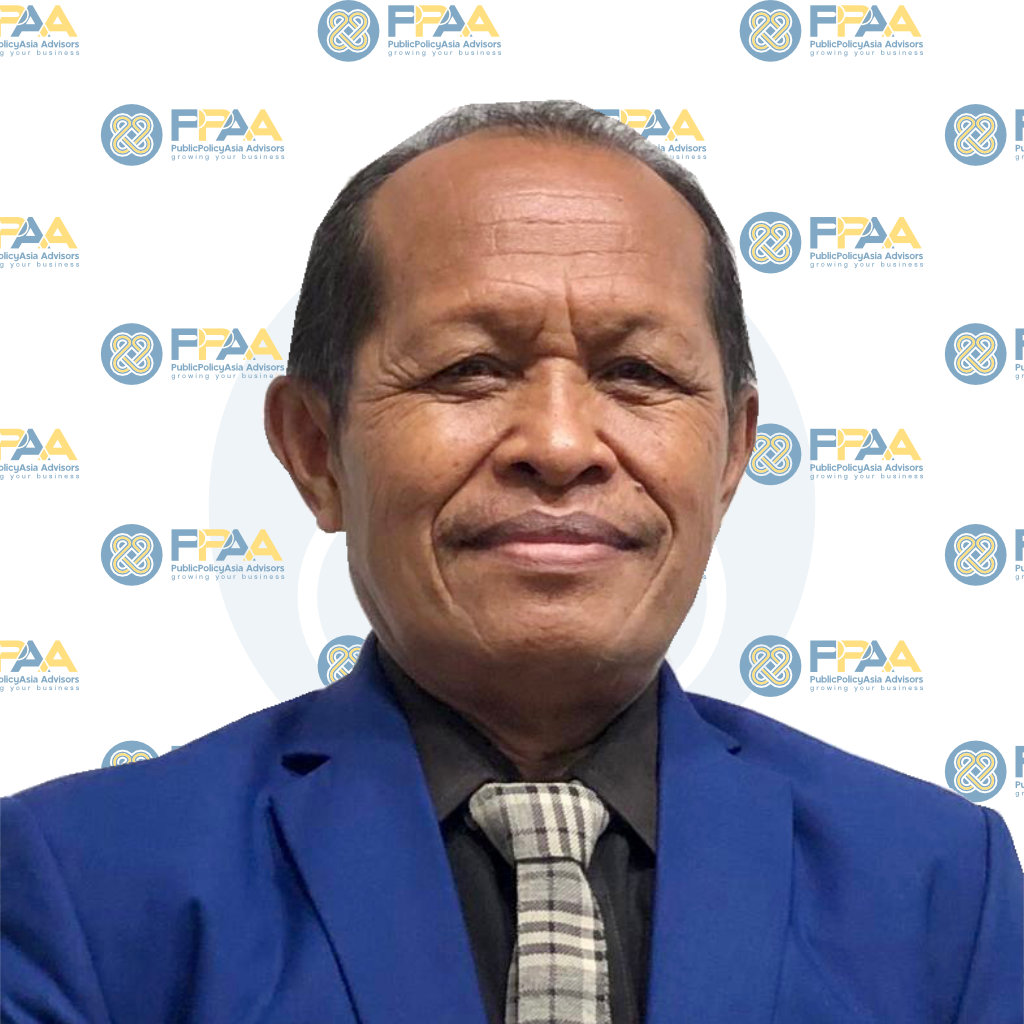 Henry Gultom is our Principal Consultant covering ASEAN and Indonesia. He is based in Jakarta, Indonesia.

He brings a wealth of expertise and experience, having worked in international and regional organisations and the private sector in corporate affairs, policy, development cooperation, project management, talent management and legal affairs. He served as the United Nations Development Program (UNDP) Assistant Resident Representative for Indonesia from 1985 to 1996. He managed the UNDP programs in agriculture, health, education, primary health care, income generation, water supply, and sanitation. Subsequently, he headed Corporate Affairs at the ASEAN Secretariat from 1999 to 2013, providing strategic advice to the Secretary-General of ASEAN and leadership on talent and fund management, engagement with the Indonesian government (host country) and institutional development of the ASEAN Secretariat with the adoption of the ASEAN Charter in 2008. In addition, he served as an Administrative Officer of the USAID Funded Program in Indonesia on Provincial Development from 1979 to 1985 and was attached with the Ministry of Home Affairs of Indonesia.

Henry has worked with our animal health, food and agriculture and pharmaceutical industry clients, assisting them with their legal, regulatory, policy and market access issues in Indonesia and ASEAN countries.

In his more than three decades career, he has established strategic working relationships with key government institutions of Indonesia. This includes the foreign affairs, trade, agriculture and health ministries and the president’s cabinet. He has also worked with industry associations such as the US-ASEAN Business Council, AmCham-Indonesia, ASOHI etc.

Henry has good ties with the ASEAN government authorities and networks with multilateral agencies such as AusAID, GIZ, EU, USAID, UNDP, ADB, JICA, and the World Bank.

He has broad-based and strong administrative, legal, and organisational development skills gained through senior-level work experience in various international and regional organisations and the private sector. He also possesses excellent interpersonal and communication skills with a solid ability to establish collaborative working relationships and teamwork in a multi-cultural and multi-ethnic environment.